Indonesia is a democratic country that applies a presidential system of government. As in other democracies, Indonesia follows the Trias Politica that recognizes the separation of the legislative, executive and judicial bodies. The executive institution is centralized under the president, vice president, and the cabinet of ministers. This cabinet is a presidential cabinet in which the ministers report to the president and do not represent any political parties. Laws in Indonesia are passed by Parliament or by Presidential Regulation.

Social Stability – Indonesia, while generally characterized by harmony, experienced two waves of protests in August and September of 2019. The first campaign of protests was confined to the Province of West Papua where allegations of racism by a college professor against members of the indigenous population spurred mass demonstrations by college students. It is believed that these protests were the product of deep-seated resentment by native West Papuans towards Indonesia. Even though West Papua is officially a part of Indonesia, it has a complicated and tumultuous history with the nation. To learn more about the history of the province visit:

The second campaign of protests, also led by students, was spread across Indonesia. The unrest was fueled by a series of laws believed to weaken the country’s highly popular Corruption Eradication Commission and stipulate harsh criminal penalties for a host of new offenses, including insulting the president. These protests quelled over time, eventually coming to an end around the 28th of October. To learn more about the protests visit:

Political Stability – Indonesia is considered a role model for a successful political transition. It is stable politically and has a Presidential system of democracy. Furthermore, a comprehensive push for decentralization has seen much power transferred to the regions.

Religious stability – Given that Indonesia is home to the largest Muslim population in the world, Islamic principles do play an important role in the country’s political decision-making, but Indonesia is a secular country in the sense that its political policies are not derived from religious teachings and it does not have a single state religion. However, the decentralization that followed the end of President Suharto’s rule has brought more power to the regional governments and has implied that regional decision-making has become more affected by the regional religious context. The religious diversity of Indonesia implies that foreign investors should consider the geographic distribution of religious communities in making educated investment decisions, as religion can be important in determining the rules of the game, and thus, determining who succeeds. The map below showcases this geographic distribution. 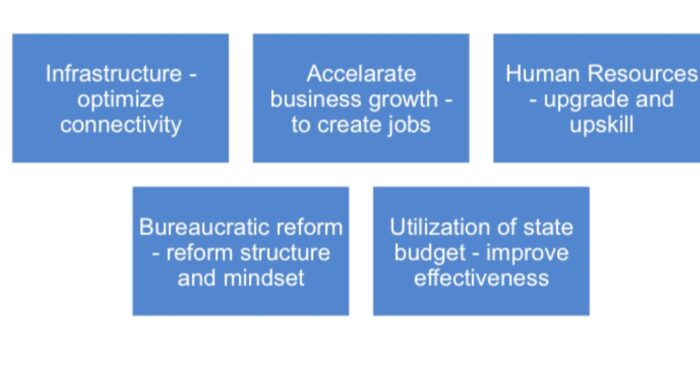